Who Is John Crestani and Is He a Charlatan Who Made It On Forbes Magazine?

In the age of information, it's easy for anyone to become an online entrepreneur. Many young and hopeful's rise in popularity – they claim they can make you money online fast.

Under their watch, your online business will explode in sales with a “secret tactic.” Well, it turns out their tactics are trendier than they are realistic. They fall off the radar as fast as they appeared on your timeline.

As a result, a lot of people in the “make money online” niche get a rep as scammers. It's easy for a lot of small businesses to be skeptical of social media marketers not affiliated with an agency.

However, a few entrepreneurs in this field are able to gain a significant following with credibility and an army of fans eager to back them up.

One of these faces is John Crestani.

He boasts that he can not only boost online business sales but also turn any person into an entrepreneur without having to sell products at all. It all comes down to affiliate marketing.

If you don't know anything about marketing, apparently you don't need to with his courses. John will teach you everything you need to know about becoming an affiliate and your own boss in his course Super Affiliate System.

But exactly is affiliate marketing? And what are the strategies that make him so successful?

In other words…who the fuck is John Crestani?

And is John Crestani legit?

Here, we'll tell you everything you need to know about this internet entrepreneur and whether he can really get your business more bucks.

The Years Before His Success

John Crestani started like anyone else: as an ordinary guy. He was a 21-year-old college student, soon to be a dropout. He spent a lot of time playing video games, and he wasn't sure of the direction his life was going.

He decided to take a trip to Thailand to re-think his options. While he was there, he read The 4-Hour Workweek by Tim Ferriss. This is the book that changed his life. Suddenly, he realized he didn't have to force himself to get through school and earn a 9-5 job: he could earn a living online.

He started small by selling items on eBay. Then, he decided to suck it up and get a 9-5 at a Los Angeles marketing agency. That's where he learned about pay-per-click advertising and affiliate marketing. He realized he didn't have to make a living marketing his own products or using traditional ad campaign strategies.

With affiliate marketing, he could pay other sites to feature ads and make money as a result. Every time a user clicked on his campaign, he would earn a percentage for his clients. Soon, he became an expert at his firm, left his job, and pursued his passion as an affiliate marketer.

Since his rise, there have been featured pieces about John Crestani on Forbes, Entrepreneur, CBS, Fox, and NBC. And he doesn't just craft ad campaigns that work: John Crestani webinars are informative. No gimmicks or trendy trade secrets attached.

Aside from perfecting his craft, John has focused on sharing his process and teaching it to others. He records himself crafting campaigns and then shares his uploads with employees. He also has experience initiating several courses on affiliate marketing for both small and large companies.

One of his early courses was the Internet Jetset program (IM Jetset). This course taught the basics of how to increase website traffic. It was geared toward people who had never even heard of this marketing practice. John was able to reach hundreds of people with his Internet Jetset program, but he decided to discontinue and shut down this program.

That's when he began to work on a new course that would become his magnum opus: Super Affiliate System.

John's latest affiliate course focuses specifically on online paid advertising. Users can expect to learn how to be an affiliate on paid traffic platforms like Facebook, Google, and YouTube. He's channeled his years of research into helping students completely earn a living online without having a 9-5 job at all.

So What Is John's Secret?

Sadly, he promises no magical, easy way to increase web traffic and become an affiliate with paid advertising. Instead, he stresses understanding how affiliate marketing works. Once you understand the process, you can repeat it until you see results.

John explains everything you need to know in the Super Affiliate System.

What Is the Super Affiliate System?

Super Affiliate System is John Crestani's affiliate marketing course. If you're ever on a John Crestani webinar, chances are you're going to be pitched his course.

In the course, he explains the simple process of making money online as an affiliate.

He thinks of affiliate marketing as a funnel: you need a funnel to suck leads in and find the best places to get clicks.

It all starts with traffic hotspots and presell pages. These are websites that will host your affiliate link or the link that's going to send future clients to a sales page.

John even gets you set up with your own funnel, called Clickfunnels. These are pre-made sources that are tested for conversions and high pay-per-click rates. Basically, John is setting you up with portals that are proven to work. And he knows they work because he uses them already.

Clickfunnels come at a price: for $19 per month, you get access to 3 of John's Clickfunnels that you can use. You can still take advantage of these funnels without paying the fee. This is called the Manuel Method. This is not as easy to navigate, but it's manageable even to new users.

Once you begin, you'll also learn about target data. This is what you'll use to attract customers to click on the link once they're on the traffic source. John gives you resources to market to whatever niche of your liking. It will take practice, but John's proven formula will remain your template. Learn more details about John's course in our Super Affiliate System review.

From this simple model, it's easy to see how pay-per-click leads to money in your pocket as an online marketer. Every time a customer clicks on an ad found on a traffic source, you get paid with a commission. It's that simple.

How the Class Works

John's class is completely online. In Super Affiliate System, John teaches you step by step how to begin the affiliate process through tutorial videos. Every lesson comes in the form of a video, each with a different run-time. You can work through the course at your own speed – but if you're eager to get set up quickly, you're going to want to keep up with daily lessons.

In the first week, you're greeted with a welcome from John, explaining what you can expect to accomplish from the upcoming lessons. In the following weeks, you'll learn how to set up affiliate Google Ads, YouTube Ads, and even advanced tactics.

One of the highlights of his course is the support that comes with enrollment. John provides a forum for SAS marketers – like you. The forum is a lot like Reddit; it's a place where you can chat with other users and get answers to your questions.

Once you're there, you'll be able to connect with a whole community of John's users and alumni. At this point, it's a legit support system.

With his affiliate course, you'll learn how affiliate marketing works in detail. You'll get set up through Clickfunnels and be on your way toward getting affiliate links on traffic source websites. It might sound complicated now, but John makes sure that beginners can follow his guide.

How Does John Make Money?

John initially made money solely through affiliate marketing. Years of experience gave him expert knowledge and the tools to teach his tactics to others. Although this is how he made his money initially, he has since focused on his YouTube channel.

John's YouTube content echoes the process he shares in-depth with users through Super Affiliate System. He explains key concepts in affiliate marketing and that it is possible to live a life completely funded through this style of marketing. He covers everything here, from how to set up Google Ads and Facebook Ads to the best websites to earn money from in one day.

While his YouTube videos don't set up his followers with as much practical knowledge as his course, this content is a great way to get better acquainted with John and his following.

John channels most of his energy into training future affiliate marketers through his videos, as well as polishing his course tutorials. He even spends time actively interacting with his users on the course's forum.

So, he's not a charlatan, and he's making money completely online….but how much?

John Crestani bought his wife and kids a new house in Malibu…all completely through his online business.

When he was working at the Los Angeles agency, he helped bring in $110,000 in extra revenue. Now, completely on his own, he's able to make $250k-$500k a month. In his company's most successful year, John brought in 3 million dollars.

On top of that, he's able to travel the world. Recently, he took his team with him on a trip to Morocco. And John has no complaints.

As someone who started small, selling items on eBay for $1k a month, he's grateful to stand where he is today.

Is Affiliate Marketing Here to Stay?

There are even affiliate books by affiliate marketing experts. JC recently wrote a new book about working from home as well.

Conclusion: Is John Crestani a Charlatan?

It's easy to assume that most online marketers are scam artists. The make money online niche is full of scams. Most consumers are still not fully accustomed to buying something online that they can't test out ahead o time.

But when you ask around about John Crestani, you'll find he's just a hardworking entrepreneur who has made his success. John's courses are legit. He didn't make up the process he teaches to his users from his imagination.

It's based on a new industry that uses proven tactics to increase traffic to businesses of all sizes, and turn anyone into an affiliate without having to sell a product.

Through his YouTube channel and course, you'll learn everything you need to know about how to make money online with strategies that actually work. Even if you don't know anything about affiliate marketing, you'll become aware enough of the process to get started with your own campaign. According to John, you need to insert yourself between a product and a consumer, then collect.

For further information on John, watch this latest video interview with him on Spencer's YouTube channel. He gets asked some tough questions! 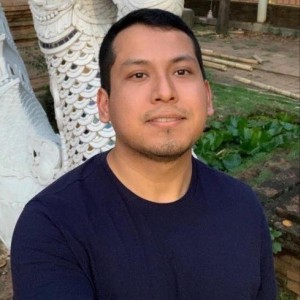 John
I’m a digital marketer with 4+ years of experience. My specialties are SEO and PPC advertising. My work consists of working on affiliate marketing niche websites and helping local businesses increase their revenue through digital marketing.
Table of Contents
Scroll to Top