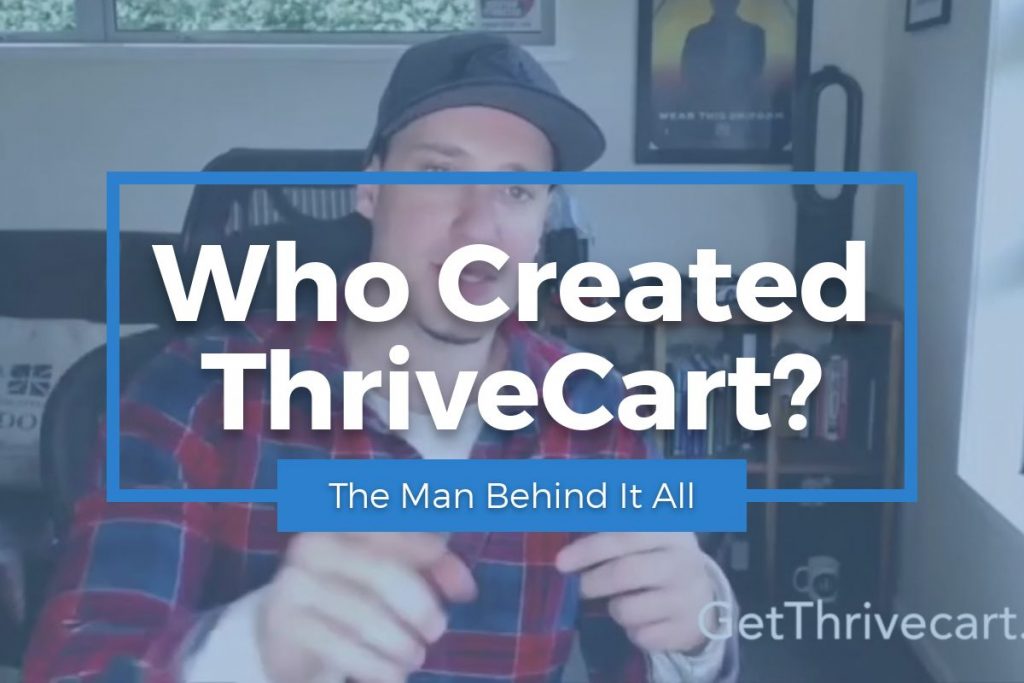 Josh Bartlett is the founder of ThriveCart – a well-respected software tool in the online marketing world. Josh is from the United Kingdom and grew up in a tough neighborhood.

This was what sparked his entrepreneurial spirit. Ever since he started working for someone else, he knew that he wanted to create something of his own and help those around him.

Josh started an e-commerce business out of necessity after quitting his job. He began to see success in his products like Easy Video Suite or Audello. Then in late 2015, he decided to launch ThriveCart.

ThriveCart is a marketing tool, but it goes beyond promoting products. It’s a shopping cart for marketers and entrepreneurs. It takes payments for physical products, digital products, subscriptions, and services. So what inspired the innovation of ThriveCart?

Before becoming an entrepreneur, Josh worked in a bank in the UK. Josh shares in an interview with “The Hustle & Flowchart Podcast” that in his time working at the bank, he dealt with individuals who had loans and were struggling to pay them.

He explains that he loved the job, selling finance, and managing people. However, he always knew he wanted to start a business and work for himself.

He began studying marketing with aspirations to make money online. His co-workers were often negative and discouraged him from this idea.

When working within this bank, he began to witness unethical behavior. He felt trapped and wanted to leave. He wanted to help customers, not hurt them.

A turning point in his career arrived when a family came into the bank to speak with him. An Indian man shared that he had taken out a loan that was much more than he could afford.

Josh realized quickly that the man was talked into a loan that he clearly couldn’t afford and then used for the bank’s profit. Josh’s higher-ups advised him not to let the client cancel and asked him to lie to the customer, telling him he couldn’t back out of the loan.

Josh went ahead and canceled his loan. He quit his job that day, and that was the last time he ever worked for anyone else. He did everything he could to get his online business off the ground, take care of his family, and help his customers.

It was the work he had wanted to do all along.

Aside from helping hundreds of individuals grow their e-commerce businesses, Josh also gives entrepreneurs advice on how to be successful.

He strongly recommends that we don’t focus on a product that’s going to make us money but instead on finding a solution to a problem. He shares that if you believe in your product, you can sell anything to anyone, and that’s where the money will come.

A huge reason for Josh’s success was that he rid himself of the safety net. He suggests that we all have a safety net that sabotages our plans.

When you have no other choice than to focus on your fears, that’s when you grow. After quitting his job, Josh began selling products on eBay, contacted stores to buy stock to resell it.

He was offering amazing deals to customers and making a profit. Josh knew this is what he had to do.

Eventually, he decided to transition from e-commerce into software. He had been studying marketing long enough to understand how to develop a solution that would help entrepreneurs grow their business. This was the inspiration behind ThriveCart and his other products.

ThriveCart has been one of his most successful online software systems for business owners. It helps them grow their online presence as well as their profits through the use of intelligent business insights.

What really separated Josh from his competitors is offering his shopping cart for a lifetime price instead of monthly pricing that SamCart charges – ThriveCart’s main competitor.

Learn more about this product by reading our ThriveCart review where we cover the benefits of it for each kind of product owner.

I'm an online marketer who blogs about the tools of the trade I've used over the last 6+ years creating content sites, creating courses, and running a marketing agency in Northern California. It's safe to say I enjoy everything digital marketing.
Scroll to Top