Most people involved in the online business world have heard of Russell Brunson one way or another.

Russell Brunson is an internet marketer who implemented his marketing genius through ClickFunnels.

How did he manage to make millions? How did he create his wealth? We’re going to answer the Russell Brunson net worth question and more in this post.

Add a header to begin generating the table of contents

Russell Brunson was born in Provo, Utah (United States) on March 3rd, 1980. Russell Brunson later moved to Boise, Idaho, with his family, where he grew up. It’s also where he settled down, got married to his wife Collette Brunson, and is raising his five children.

Like many of us, during our teenage years, we start to discover bits and pieces of our interests and hobbies. Russell Brunson developed a rather strange hobby, collecting junk mail!

Although many of us would try to get rid of the junk mail, he would get overly excited when he received them. He’d also eagerly listen to commercials that would come on the radio and television.

During his high school years, Russell Brunson took on wrestling. The passion for winning was engraved into his personality, which led him to win his high school nationals championship.

Throughout his college years, he kept his focus on hard work, wining, and competition. By the time he graduated from university, Russell Brunson was already famous and recognized in the sports world.

Russell was then introduced to Dan Kennedy, a strategic business coach and editor of 6 different newsletters (he passed away in 2019). Dan was a mentor to Russell. He coached and helped him get started on his entrepreneurship path.

During his college years, Russel Brunson experimented with different careers. His first breakthrough was when he sold The Potato Gun DVDs (building potato guns was one of his skills at the time). The Potato Gun product would lead to many other online business opportunities in the future.

Selling products became more of an obsession for him, earning him his first million dollars within a year – it was a turning point in his career. This is the era where Russell was building funnels the hard way (back then, you had to know code or hire tech gurus to create sales funnels).

That was an era before Clickfunnels (check out our Clickfunnels review) before he was known as an internet marketing guru, and before his net worth explosion.

The Start of Clickfunnels

Back in 2014, Russel Brunson partnered up with Todd Dickerson to create the Clickfunnels software company.

With a bit of hard work and persistence, many Clickfunnels users learned how to create a sales funnel that launched million dollar businesses – proving that Clickfunnels, the new sales funnel builder on the block, was a force to be reckoned with and could help people make more money.

How Much is Clickfunnels Worth?

Clickfunnels is one of the fast-growing services found in online marketing nowadays. Click Funnels is always growing, but the latest stats is that it’s a 360 million dollar company.

How Many People Use Clickfunnels?

As of 2020, Clickfunnels has over 70,000+ users. Plenty of whom have made a million dollars, or more, with sales funnels.

Where Is Clickfunnels Located?

The Click Funnels company was first established in Boise, Idaho, where Russell Brunson currently lives. After the growth of their project, they later moved the headquarters to a location just outside of Boise.

Russell wrote multiple online marketing books that continue to help its readers start and grow their business. Each book covers a different flavor of the dotcom world.

DotCom Secrets – The Underground Playbook for Growing Your Company Online

DotCom Secrets was the first book that Russell Brunson wrote to help people understand and grow their business online with sales funnels. Selling over 100,000 copies, it’s one of Russell’s most successful books.

He covers how products, upsells, downsells, bump offers, sales copy, email sequences, and more fundamental topics in the internet marketing space. He also provides examples of how he and others use sales funnels to make millions of dollars online, no matter the industry.

Expert Secrets – Find Your Message, Build a Tribe, and Change the World

Expert Secrets was made for people who want to build audiences by becoming a confident leader. Given that Russell has a following of a million plus, he’s teaching from first-hand experience. Although you don’t have to read DotCom Secrets first, some of the content in this book may not make sense if you haven’t read it.

Network Marketing Secrets gives you the ultimate guide on how to attract the right leads to your network marketing business. If you’re associated with a network marketing company, don’t have much sales experience, you might be surprised at the sales techniques taught in this book!

This book focuses more on conversion rate optimization for marketing funnels by showing you why the split test winners performed better. It shows how a few simple tweaks to landing pages can increase sales dramatically.

The tips found in 108 Proven Split Test Winners have proven to work for hundreds of funnel builders. Some of which increased their sales by over 200%. There’s plenty of tips you can learn from this book and changes you can make to your website or funnel.

In the Funnelhacker Cookbook, you’ll learn everything there is about funnel building. Both beginner and advanced funnel builders can use it.

This book also teaches you how to choose the right funnel for your products and/or services! This is a PDF book that you can easily download for free!

This is Russell’s latest book that covers a hot topic… TRAFFIC!

Note: some of the books above are free, but shipping cost isn’t covered.

Aside from Clickfunnels and his books, Russell Brunson has a few other income streams that helped in gaining popularity, as well as money.

This program only allows 100 people at a time. Russell Brunson works one on one with participants to help them grow their business. The Russel Brunson mastermind program has produced multiple millionaires and helped those already at that level get to the next level in the online marketing world. It’s popular enough to have been endorsed by Tony Robbins (check out Tony’s YouTube channel).

Russell offers consulting services. If you’d like to sit and one on one with him, he’s known to charge $5,000/hour. Additionally, Russell Brunson can help in creating a funnel for your business at the cost of $250,000 and then an additional 10% of the funnel’s gross income.

Russell Brunson also gets paid to talk at events. The starting cost is $100,000, depending on location and how long he’ll speak. He’s often invited to speak at the Grant Cardone 10X Growth Conference.

If you’d like him to train your team to make sure you get them to do their best work. The starting charge is $100,000.

One thing’s for sure, Russell Brunson knows his worth, and he’s so sure to get you the promised results!

Now that we’ve covered how Russell Brunson made his first million and his journey since – let’s finally answer the Russell Brunson net worth question you’ve been waiting for.

Most of Russell Brunson’s wealth was generated from Clickfunnels, but his other sources of income contributed significantly too.

Russell’s love for radio commercials and junk mails triggered the love of marketing, which eventually led to Clickfunnels and the accumulation of his wealth.

Russell Brunson, only 40 years old, proved that he could change the world, and the universe rewarded him for it. His primary focus is now on growing Clickfunnels. 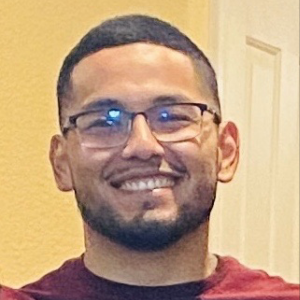 Chris
Christian is a search engine marketing specialist and a health & fitness blogger. He has a BS from CSUS in Marketing and loves digital marketing. He manages multiple client campaigns every month and continues to increase campaign KPIs every step of the way. Additionally, Christian has his own personal training business when he's not focused on online marketing.
Table of Contents
Scroll to Top